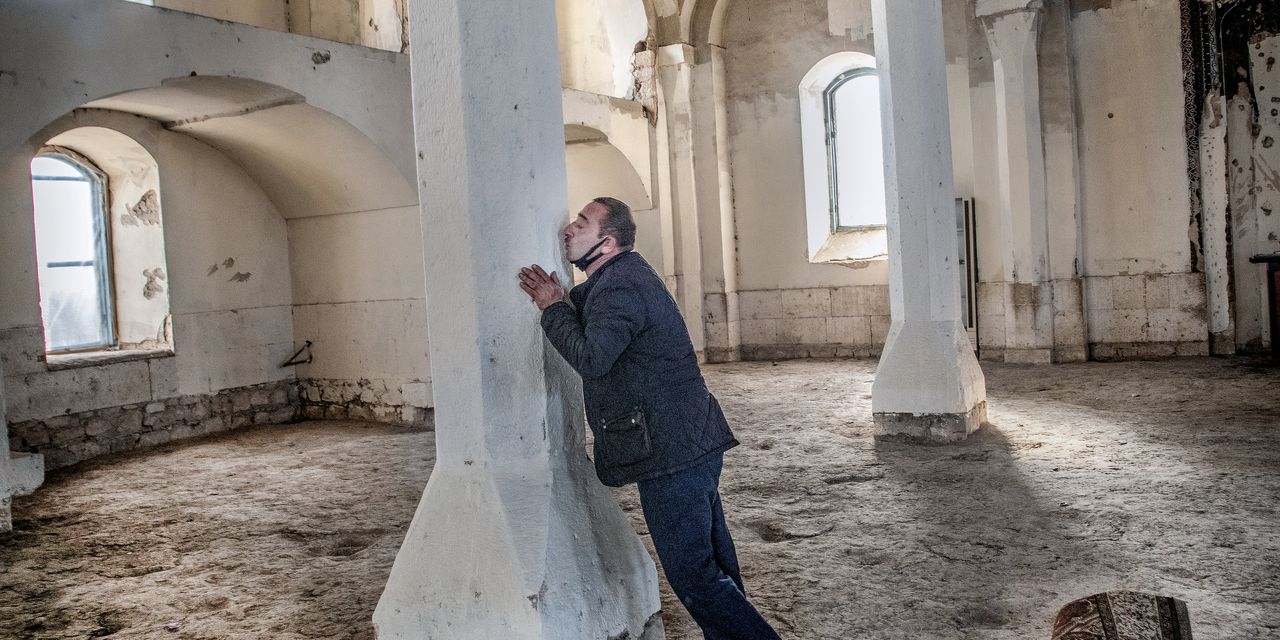 AGDAM, Azerbaijan – About 30 years after the war, when Armenian forces drove hundreds of thousands of Azeris from their homes in and around conflict-hardened enclave of Nagorno-Karabakh, many hope to return soon after Azerbaijan recaptured much of the surrounding area in a counter-offensive last autumn.

But for Sayali Pashayeva and others like her, this dream is unclear on issues such as where they would live in the rubble that are strewn border regions, and whether they could realistically cut a new livelihood on their return.

“I thank God for allowing me the opportunity to return to die on my own land,” said Mrs Pashayeva, 74, on her first visit back to Agdam, once home to her family and 40,000 other people. Her son and daughter folded up a red carpet from the trunk, a gift to the local mosque, the only building that stood here, approx. 3½ miles from the border with Nagorno-Karabakh, still officially under the control of ethnic Armenians. The capital there, Stepanakert, is monitored by Russian peacekeepers.

“For 30 years we have been waiting for this moment,” said Mrs Pashayeva’s son, Alastun Pashayev, 45. Azerbaijan secured control of Agdam and several other regions in and around the disputed enclave during a bloody six-week battle before Russia brokered a ceasefire in November.

In fact, it will not be easy to return. Sir. Pashayev says he knows his $ 135-a-month disability benefits and pensions paid to displaced people will not be enough to regain the life he lost in Agdam three decades ago when he was still a child.

Space, electric vehicles or air travel: Which is the best buy now? | The variegated fool
Spread the love