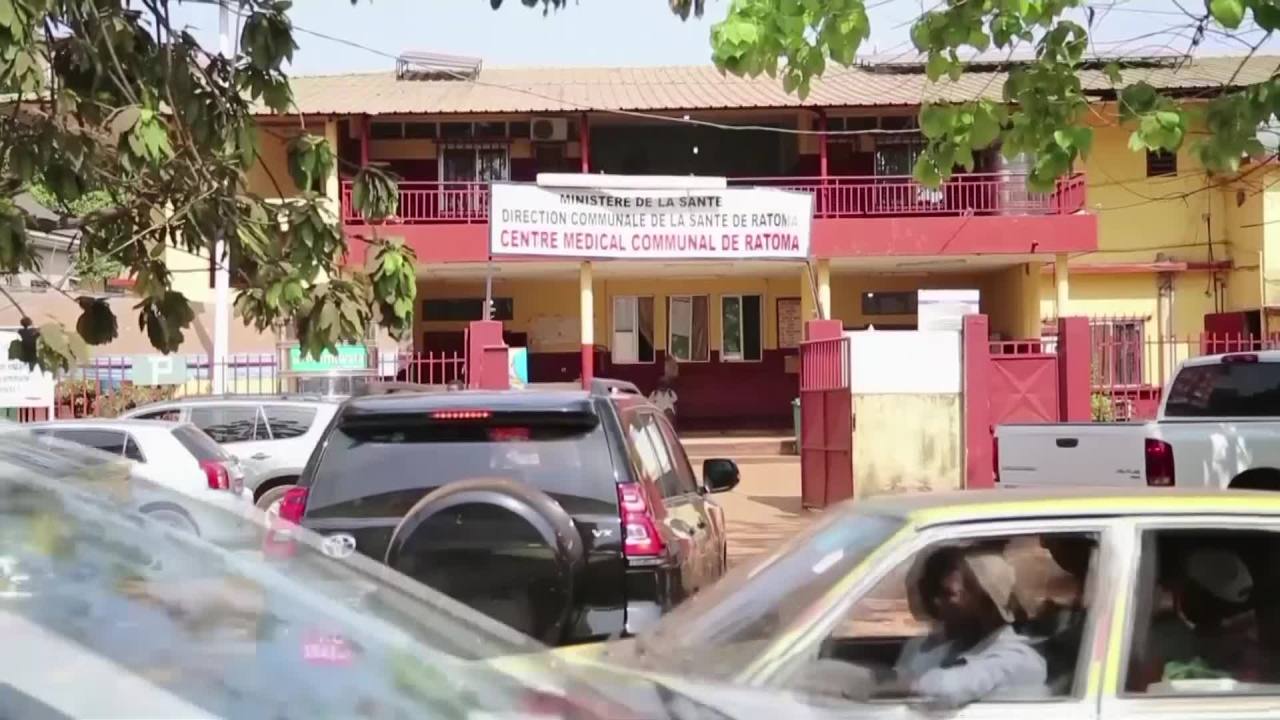 CONAKRY, Guinea (AP) – Health officials in Guinea on Sunday confirmed that at least three people had died of Ebola there, the first cases reported as one of three West African nations fighting the world’s deadliest Ebola epidemic, which ended five years ago.

A further four people are confirmed with Ebola, according to a statement from the Ministry of Health. All seven positive cases attended the funeral of a nurse in Goueke on February 1 and later showed symptoms of Ebola, including fever, diarrhea, vomiting, the ministry statement said.

The government has declared an Ebola epidemic and started contact tracking and isolation of suspected cases. It has also sent a contingency team to support local teams in Goueke and has accelerated the purchase of Ebola vaccines from the World Health Organization.

“I confirm that it is Ebola. The results prove it, “Health Minister Remy Lamah told the Associated Press by telephone.

Patients were tested for Ebola after showing symptoms of hemorrhagic fever, and those who came in contact with the patients are already in isolation, officials said.

Guinea’s announcement comes a week after eastern Congo confirmed it also had cases. The cases are not connected.

Guinea health experts say these recent cases could be a major setback for the poor nation, already struggling with COVID-19 and which is still recovering from the previous Ebola outbreak that killed 2,500 in Guinea where it began. More than 11,300 people died in the eruption, which also affected neighboring Liberia and Sierra Leone between 2014 and 2016.

“The resurgence of Ebola is very worrying for what it can do for the people, the economy, the health infrastructure,” said Dr. Krutika Kuppalli, assistant professor of infectious disease medicine at the Medical University of South Carolina, who was medical director of an Ebola treatment unit in Sierra Leone during the previous outbreak.

‘Vaccine hunters’ are trying to get dosage residues of coronavirus shots

“We still understand the consequences of the (last) outbreak on the population,” she said.

To counter the spread, the government and international health organizations must respond quickly and educate communities about what is going on, Kuppalli said.

One reason the previous outbreak was so deadly was because the virus was not detected quickly and local authorities and the international community were slow to act when cases first surfaced in a rural area of ​​Guinea.

The original patient of the epidemic, an 18-month-old boy from a small village, was thought to have been infected with bats, but after the case was reported in December 2013, according to the U.S. Centers for Disease Control and Prevention, it was weeks before a medical alarm, and by then the virus was already spreading and it took years to end it.

The new cases announced on Sunday are in the Nzerekore region, the same place where the previous one started.

After hearing the news, locals in the capital said they were worried the country would not be able to cope with another outbreak.

What COVID-19 tests are required for international travel?

“The news of the Ebola outbreak in Guinea is worrying. We already have problems dealing with coronavirus, now the health system will be overwhelmed by two pandemics, ”said Mamadou Kone, a resident of Conakry.

“I do not know what this curse hits the Guineans, all the pandemics fall on us,” said Mariam Konate, a nurse. “It’s as if the country has been hit by a curse,” she said.

The origin of infections is still unknown.

Health experts hope the availability of an Ebola vaccine will help control this outbreak quickly. Ebola is transmitted through direct contact with body fluids from someone showing Ebola symptoms, or from corpses that were positive.

Last month, the World Health Organization said it was creating a global emergency stockpile of approx. 500,000 doses of the Ebola vaccine to help eradicate future outbreaks, but only 7,000 were available at the time of the declaration. The Ebola vaccine that is being stored is made by Merck.

“There are tools and systems that can be quickly mobilized to resolve these issues. The key will be speed, which ensures that suitable people and materials are where they need to be, ”said Donald Brooks, CEO of Initiative: Eau, a US water and sanitation assistance group that has worked to establish a public health preparedness. systems in West Africa.

“If not, and it spreads to city centers, it could result in catastrophic loss of human life,” he warned.