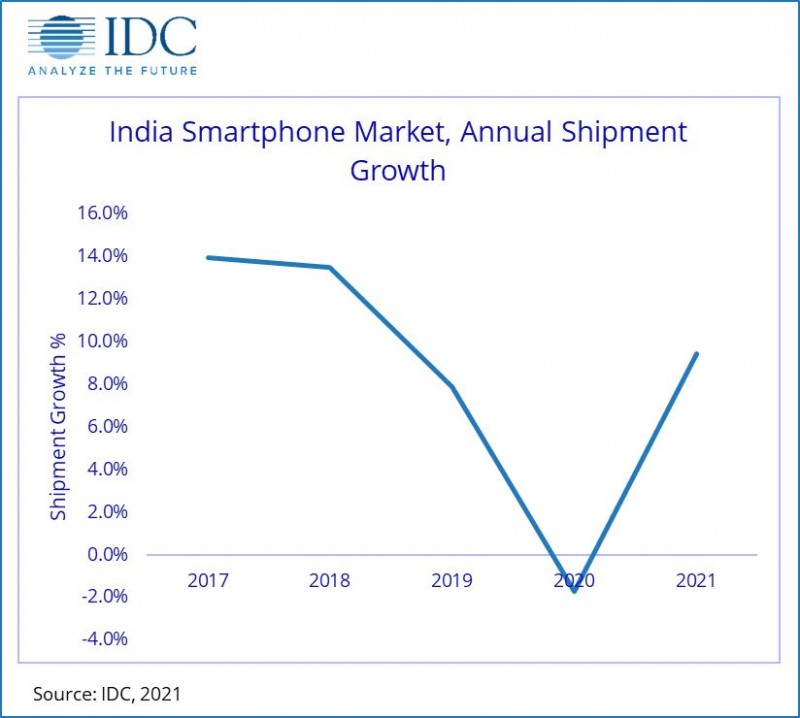 In its latest market report, IDC focuses on the Indian smartphone market in 2020. The first half of the year, which was marked by lockdown and restrictions at the beginning of the current pandemic, saw a 26% year-over-year decline in shipments, while the second half of 2020 saw a booming market to a growth of 19% compared to the year. The resulting nearly 150 million phones shipped is down just -1.7% year over year, the first after several years of growth for the Indian market.

Online sales grew in 2020 and accounted for almost half of the total market of 48%. In the 4th quarter of 2020, online shipments posted a record 51% share of all shipments thanks to exchange programs and offers.

MediaTek-powered devices led the sales with a 43% share, followed by 40% of Qualcomm-powered phones. 5G smartphone shipments crossed the 3 million mark in 2020, but adoption was limited by the lack of a 5G network and the higher price point.

Democracy is in jeopardy: Invest in Pulitzer Prize-winning journalism as we continue our fight for the truth

Xiaomi maintained its leading position in 2020 with delivered 41 million units. Samsung became number two thanks to the success of its online channels and the Galaxy M series of phones that sent just under 30 million phones. Realme pushed Oppo to fourth and sent the biggest growth in 2020 by 19%. 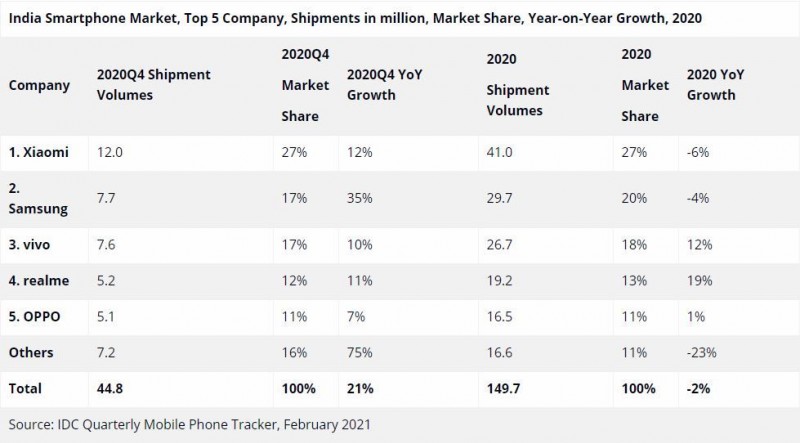