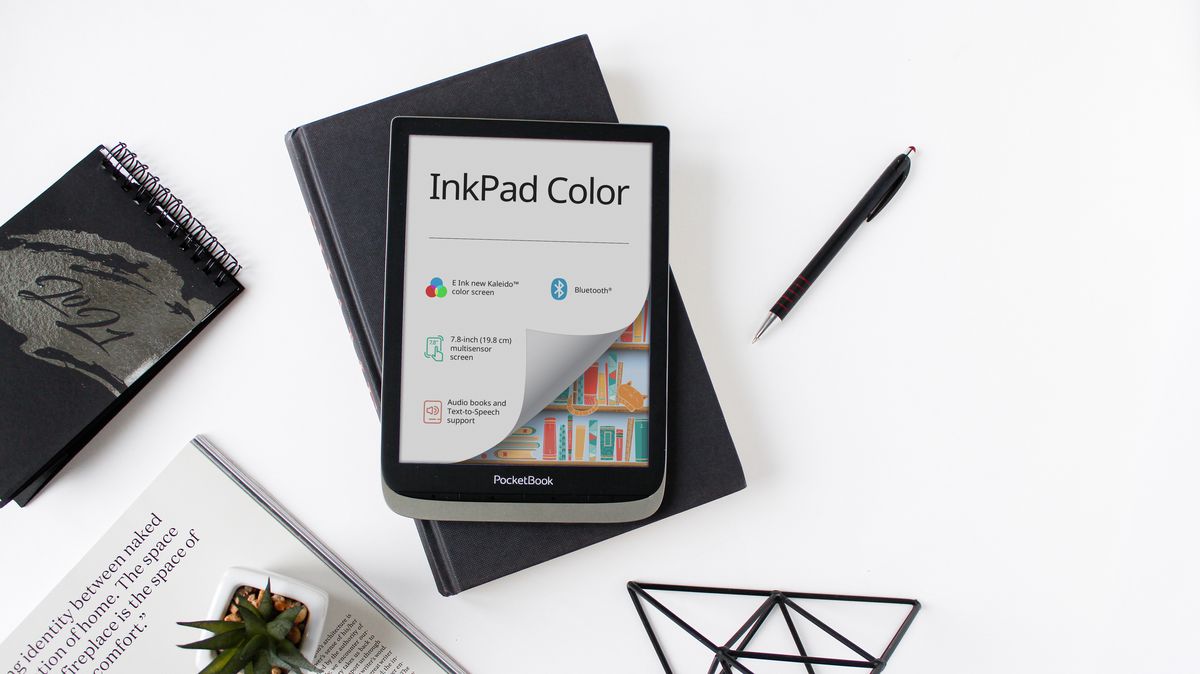 E-reader company PocketBook has announced and released the InkPad Color, a 7.8-inch device that uses E Ink’s latest color technology. PocketBook tells The edge that it is the first device with a new Kaleido panel available in the US and Europe.

According to the company, the new version of Kaleido has a different color filter pattern that provides better contrast and color saturation than the first Kaleido, which in itself is quite new technology. PocketBook also says that the screen refresh rate has been improved in software.

The specifications of the new Kaleido panel are otherwise similar to the previous generation with 300 dpi resolution for monochrome content and 100 dpi when displaying colors. The total screen resolution has been increased to 1404 x 1872 due to its larger physical size. The InkPad Color weighs 225 g and is 8 mm thick, so it still needs to be quite portable.

A couple of months ago I reviewed the PocketBook Color, which was one of the first Kaleido e-readers on the market anywhere in the world. I was generally impressed with the screen technology, but found the 6-inch panel too small to be practical for use cases like magazines and comics. A larger, improved screen could make the InkPad Color a much more useful device – hopefully we can see it for ourselves soon.

InkPad Color is already available on Newegg and Amazon for $ 329.