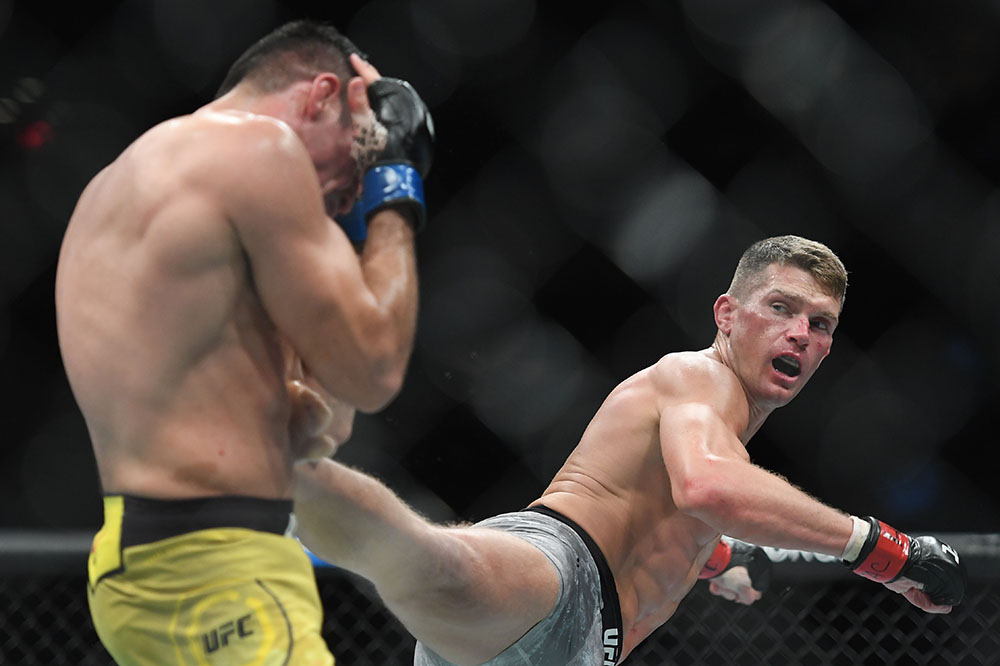 With UFC welterweight champion Kamaru Usman clear out his division, there is a top-ranked fighter that he has not yet faced and he hopes to get the next shot at the title.

Usman (18-1 MMA, 13-0 UFC) who retained his title at stops former training partner Gilbert Burns in the third round at UFC 258, has already put together one of the most impressive CVs in the history of the UFC welterweight division.

Having already beaten people like Tyron Woodley, Colby Covington, Jorge Masvidal and Leon Edwards, there are not too many top names left for “The Nigerian Nightmare” to beat.

But perennial challenger and former twice title challenger Stephen Thompson has not yet got hold of Usman. “Wonderboy” is about to win back-to-back victories over Vicente Luque and Geoff Neal, snapping the winning streaks of two of the division’s brightest prospects.

And with only rematches currently on Usman’s radar, Thompson (16-4-1 MMA, 11-4-1 UFC) believes he should be the next in line and has respectfully called for the next shot at the champion.

Thompson would undoubtedly hope to give Usman a unique challenge with his karate style and constant attitude contacts. His fighting style has proven to be a difficult puzzle to solve, with few managing to look impressive to the striking specialist. His lone operating loss came to Anthony Pettis in March 2019.