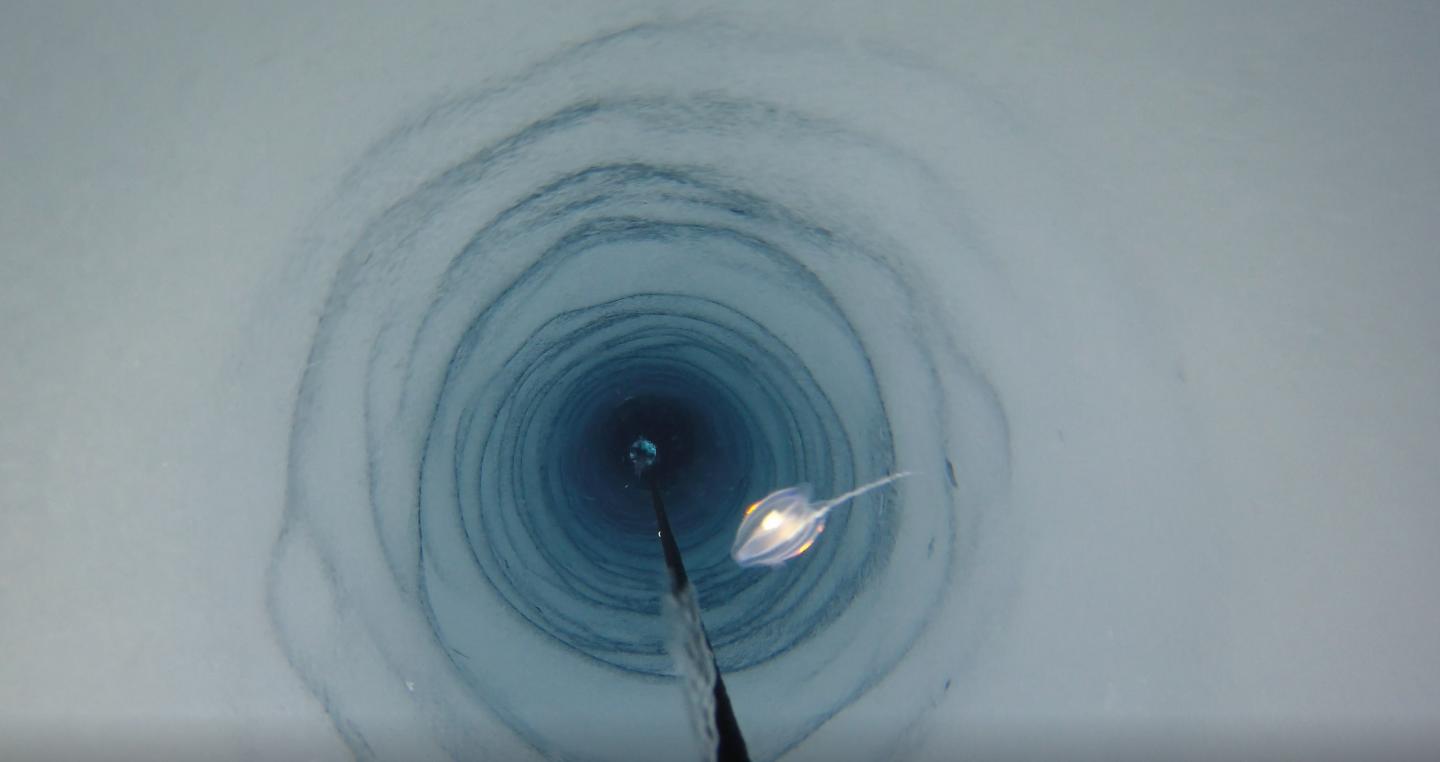 Far below the ice shelves in Antarctica, there is more life than expected, a recent study in the journal finds Boundaries in marine science.

During an exploratory study, researchers drilled through 900 meters of ice in the Filchner-Ronne Ice Shelf, located on the southeast Weddell Sea. At a distance of 260 km away from the open sea, in complete darkness and with temperatures of -2.2 ° C, very few animals have ever been observed under these conditions.

But this study is the first to discover the existence of stationary animals – similar to fungi and potentially several previously unknown species – attached to a boulder on the ocean floor.

“This discovery is one of the lucky accidents that pushes ideas in a different direction and shows us that Antarctic marine life is incredibly special and amazingly adapted to a frozen world,” says biogeographer and lead author, Dr. Huw Griffiths of British Antarctic Survey.

“Our discovery raises so many more questions than it answers, such as how did they get there? What do they eat? How long have they been there? How common are these boulders covered with life? Is it the same species we see off the ice shelf? “Or are they new species? And what would happen to these communities if the ice shelf collapsed?”

Floating ice shelves represent the largest unexplored habitat in the Southern Ocean. They cover more than 1.5 m sqm of the Antarctic continental shelf, but only a total area equivalent in size to a tennis court has been investigated through eight previous boreholes.

Current theories about what life could survive under ice shelves suggest that all life becomes less abundant as you move further away from open water and sunlight. Previous studies have found some small mobile poultry and predators, such as fish, worms, jellyfish or krill, in these habitats. But filter-feeding organisms – which rely on a supply of food from above – were expected to be among the first to disappear further under the ice.

GameStop Stock situation under investigation by the US Justice Department

So it came as a surprise when the team of geologists drilling through the ice to collect sediment samples hit a rock instead of mud at the bottom of the ocean below. They were even more surprised by the video footage showing a large boulder covered by strange creatures.

This is the first record ever of a hard substrate (i.e., a boulder) community deep under an ice shelf, and it seems to contradict all previous theories about what types of lives could survive there.

Given the water currents in the region, the researchers estimate that this community may be as much as 1,500 km upstream from the nearest source for photosynthesis. Other organisms are also known to collect nutrients from ice melt or chemicals from methane seepage, but scientists do not know more about these organisms until they have the tools to collect samples of these organisms – a significant challenge in itself.

“To answer our questions, we need to find a way to get up close with these animals and their environment – and that’s less than 900 meters of ice, 260 km away from the ships where our laboratories are,” Griffiths continues. “This means that we as polar scientists will have to find new and innovative ways to study them and answer all the new questions we have.”

Griffiths and the team also note that with the climate crisis and the collapse of these ice shelves, time is running out to study and protect these ecosystems.

Disclaimer: AAAS and EurekAlert! are not responsible for the accuracy of news releases sent to EurekAlert! by contributing to institutions or to the use of information through the EurekAlert system.