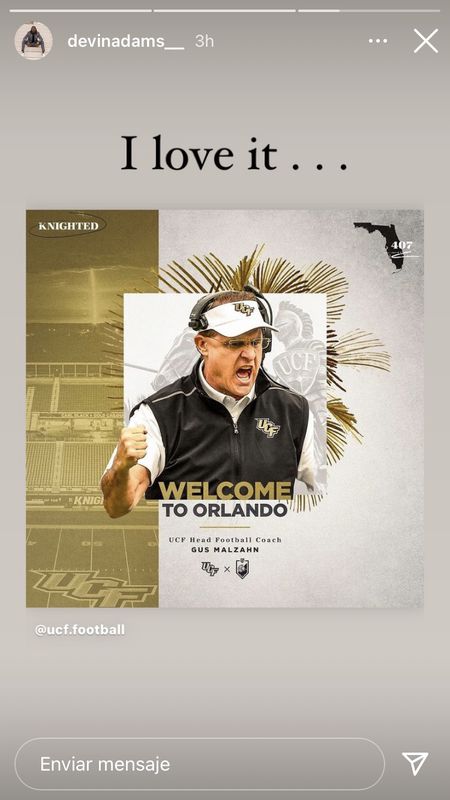 Minutes later, Pearl started its own press conference. Before discussing the upcoming basketball game between Auburn and Mississippi State, he took a moment to explain that “BOOM!” was actually a congratulations to his friend Malzahn rather than a recruitment announcement (Malzahn always tweeted a “boom” after Auburn was promised).

“UCF gets a good coach and a better man,” Pearl said. “As much as anyone, I love the student athletes there because he is going to make a difference in their lives. So happy for Gus. ”

Pearl was not the only one to express his delight that Malzahn had landed in a good spot after being fired from Auburn in December 2020. Former and current Auburn players who Malzahn coached shared the news across Instagram and Twitter, after that Malzahn was hired on Monday. Some simply shared UCF’s post, while others added a message.

McCreary started his junior year under Malzahn. He could have declared for the NFL draft, but decided to return for a senior season despite the coaching change. He quickly retweeted the news of Malzahn’s new job and shared the video of Malzahn and his wife landing in Orlando, Fl.

Other players chose to share the photo of Malzahn holding a UCF jersey with his name on it. Players who did so include former safety Jamien Sherwood, junior linebacker Owen Pappoe, former wide receiver Eli Stove, senior linebacker Zakoby McClain and sophomore defensive lineman Colby Wooden. Sophomore ran back Tank Bigsby shared a message along with the post.

Gus Malzahn was to sit out for a year. Now he thinks UCF is getting the best version of him

Gus Malzahn, UCF could be a perfect marriage