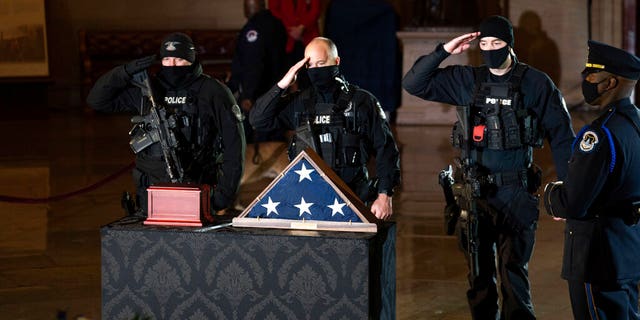 That US Capitol Police Labor Union Monday delivered an “overwhelming voice of confidence” about the top management of the U.S. Capitol Police.

The vote comes after the executive board of the Capitol Police Union last week called on its members to consider a no-confidence vote following the top management’s mistreatment of January 6 US Capitol riots.

The board said it decided to hold a vote after reviewing the events and leading up to the events of January 6, resulting in the deaths of six people and approx. 140 Capitol and Metropolitan Police officers injured.

“The last week of prosecution showed members of Congress and across the country devastating details of the violence that Capitol police officers faced during the uprising,” union president Gus Papathanasiou said in a statement. “It was the darkest day in the history of the department.”

The union said 92% of its members voted distrustful to acting chief Yogananda Pittman, who took on the role two days after the riots. Papathanasiou said there are leaders within the department who are better suited for leadership.

How not to make a Tom and Jerry movie

“We hope congressional leaders and the entire Capitol Hill community understand that continuing with the current USCP leadership is not an option,” he said.

“The current leadership is just a continuation of the previous regimes of this department and there must be accountability. Their failures are not forgivable. This vote, in which the majority of officers in the negotiating unit participated, shows that they have lost our confidence. Anger in this department is widespread, and the trust that has been broken will not be regained. “