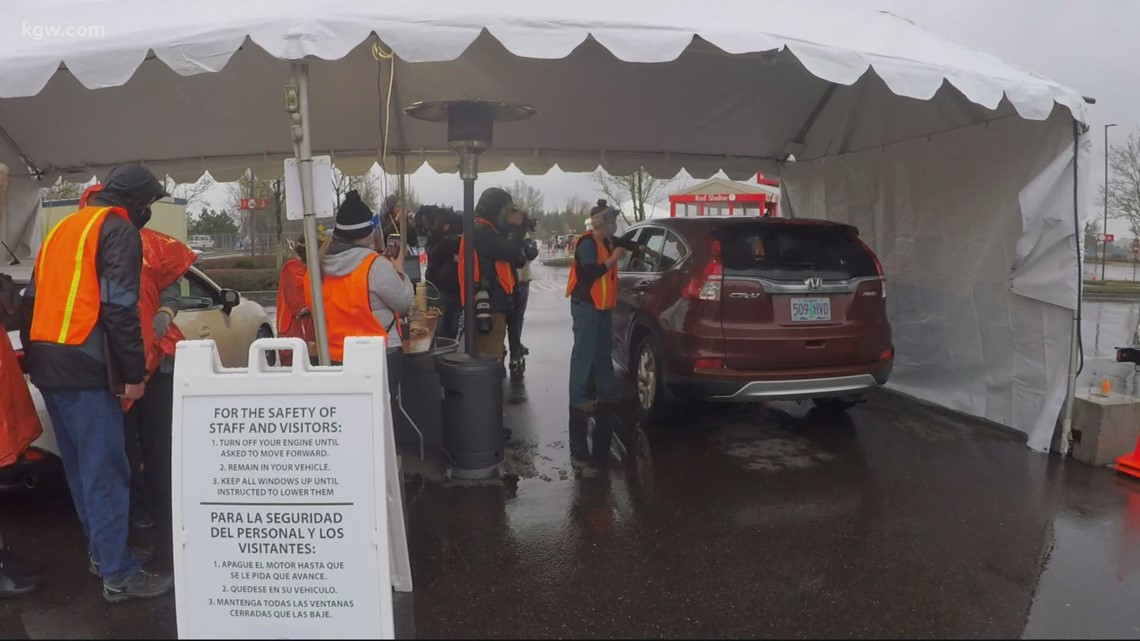 It took only 30 minutes for 2,550 appointments to claim OHSU’s COVID-19 vaccine drive-through clinic.

PORTLAND, Oregon – When the greater Portland area woke up to frozen neighborhoods, broken trees and slippery roads Monday morning, thousands of seniors made the virtual sprint to get one of the relatively few COVID-19 vaccination shots offered at the Oregon Convention Center or Portland International Airport.

Last Monday, February 8, 168,000 Oregonians 80 years and older were eligible for the shootings. This Monday, another 134,000 people 75 years and older joined them – a total of more than 300,000. The Oregon Health Authority (OHA) estimated the real number closer to 200,000 because some already got shots as they live in long-term care facilities. Yet there are many people. The state said Oregon’s weekly allotment is growing to about 82,000 doses a week, but some of it is still needed to vaccinate teachers and members of the 1a group.

Those numbers help explain why 5,100 appointments for vaccinations at the convention center sold out in just 90 minutes on Monday, and 2,550 to the Oregon Health and Science University (OHSU) drive-through clinic at the airport were gone in just 30 minutes.

Several agreements open on Thursday 18 February at 9 If you are eligible, you can sign them up here.

RELATED: Here’s how Portland metro residents can sign up for the COVID-19 vaccine

Google Docs adds a ‘new’ badge to unread comments so they …

Monday morning’s crooked weather delayed the opening of the ongoing vaccination effort at the Oregon Convention Center by two hours, but many hardy people braved the snow and ice to get their first shot. Bobbie drove in from the hills of Oregon City.

“I’m a healthcare professional – it risks the people I work with, and it’s risky for myself. It’s socially responsible,” she said.

That’s a good thing she shot. KGW learned that the power went out at some of the Oregon vaccination sites. Vaccine doses had to be moved to new freezers before they went bad. In addition, canceled flights from Kentucky and Tennessee are delaying COVID-19 vaccine shipments across the country. OHA is in contact with the CDC to ensure that Oregon doses are safe.

The market seems to be ready to rest
Spread the love