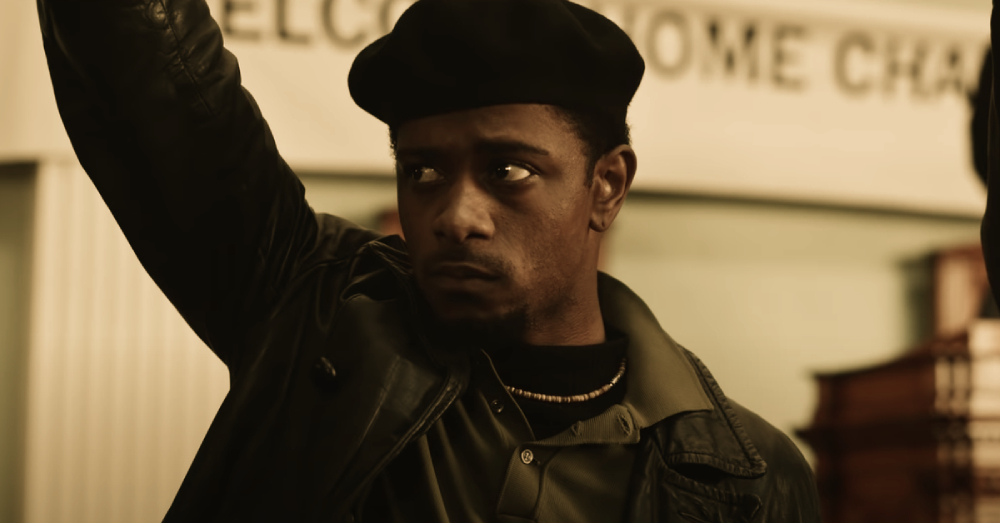 DreamWorks Animation’s “The Croods: A New Age” topped an anemic household ticket office, earning just over $ 2 million in its twelfth release week. The family film has earned about $ 49 million since it opened last fall. It keeps an eye on a $ 2.7 million presidential weekend and plays in 1,890 theaters.

The modest figure was enough to hold a buzzing new release, “Judas and the Black Messiah. The galvanic look at Black Panther leader Fred Hampton scored glowing reviews, opening for $ 2 million from 1,888 rankings. It is expected to gross $ 2.4 million and should end the weekend in second or third place. The Warner Bros. release also debuted simultaneously on HBO Max and follows in the footsteps of “Wonder Woman 1984” and “The Little Things,” a thriller starring Denzel Washington. “Judas and the Black Messiah” is expected to be a great prize season player – it attracts Oscar attention for stars Daniel Kaluuya, Dominique Fishback and Lakeith Stanfield as well as for director and co-author Shaka King. If it snaps a best picture nodded, “Judas and the Black Messiah” will make history as the first film with a black producing team to receive the best nomination. The studio is also pleased with the film’s A CinemaScore and the positive social media talk surrounding the image, believing it signals that “Judas and the Black Messiah” could have a long office life despite a slower start.

“The Little Things” now earned $ 2 million in its third release week. It will end the holiday with another $ 2.4 million in the bank, which will mean it will fight for second or third place with “Judas and the Black Messiah.” The thriller, which also plays Jared Leto and Rami Malek, has earned $ 10.6 million in three weeks after theatrical release. “Wonder Woman 1984” fetched $ 1.1 million, which should be enough to capture the fourth or fifth place on the charts. The superhero sequel has earned $ 41.8 million since opening in theaters and on HBO Max over the Christmas period.

Open Road’s “The Marksmen” rounded out the top five and earned $ 1.1 million. It is expected to earn $ 1.3 million during President’s Day vacation and has earned $ 10.6 million in the five weeks after release.

These skinny grossers come when the domestic ticket office has been brutalized by the coronavirus pandemic and subsequent closure of cinemas in New York and Los Angeles. The ticket office was also negative affected by winter storms, sweeping across the Midwest and running northeast. The bad weather was somewhat offset by recent openings of cinemas like Chicago and Portland.

There were a number of prominent new releases coming into the weakened marketplace. Focus has “Land”, which marks the feature debut of the director by Robin Wright, netted $ 940,000 in its opening weekend from 1,231 theaters. It is expected to gross $ 1.1 million over the four-day vacation. The drama is about a woman who is recovering from an almost death experience. It debuted at this year’s Sundance Film Festival to solid reviews.

STX’s “The Mauritanian,” a fact-based legal drama, grossed an estimated $ 144,000 this weekend from 245 venues. It is expected to gross $ 170,000 for the four-day holiday weekend. The film plays Tahar Rahim and Jodie Foster and tells the story of a man who is detained and imprisoned in Guantanamo without being charged with a crime.

And Bleecker Street’s “The World to Come,” a time drama about two women (Vanessa Kirby and Katherine Waterston) who become romantically involved while living on the 19th-century U.S. East Coast border, premiered for $ 42,552. It is expected to bring in an estimated $ 48,935 during the holidays.

There are not many hopeful signs of cinemas that have endured nearly a year of lost business. Unfortunately, help is not on the way. Most of the big blockbusters that were to open in the first six months of the year – a group that includes “No Time to Die”, “F9” and “Black Widow” – have moved their release or expected to be delayed. Until most of the country is vaccinated and cinemas can be reopened in major cities, there will not be much of a theatrical revival in the United States.